It’s an extraordinary performance to win the world’s one of the most prestigious car racing championship as a rookie. Audi gave a chance for René Rast, who “thanked” it by winning the championship last year. The champion is very busy, but he took some time for us, answering our questions.

Last weekend you took part in the Watkins Glen 6 hours race and in the past you also tried out endurance racing.  How did you feel yourself in that car and on that track?

It was my first time in Watkins Glen, that’s a really nice track, I mean a very quick track, with a lot of high speed corners. Overall, I enjoyed it, but obviously the result wasn’t very good.

Let’s look back to the past year, when you won the championship. Have you ever think about at the start of the season, that you became a champion?

Not really…I mean last year, especially at the beginning, my first aim was just to learn and to actually get to know the conditions. And then we had some good weekends and suddenly I was leading the championship. Then on one point everything went very smooth, but obviously before the season you don’t think about winning the championship especially in your first year. I was actually just there for learning and hoping for you know, not finishing last. Yes, that’s an extraordinary result from the last year.

How hard is to race in this season, as the current champion? Are the others pushing harder against you?

No, not really (laughs), it’s very similar to last year. Nobody actually treating me differently, just because I’m champion now. The working forward is the same, process is the same and also on the track everybody is treating me the same way. This haven’t changed really. Just the usual battles,right? Yes, right. 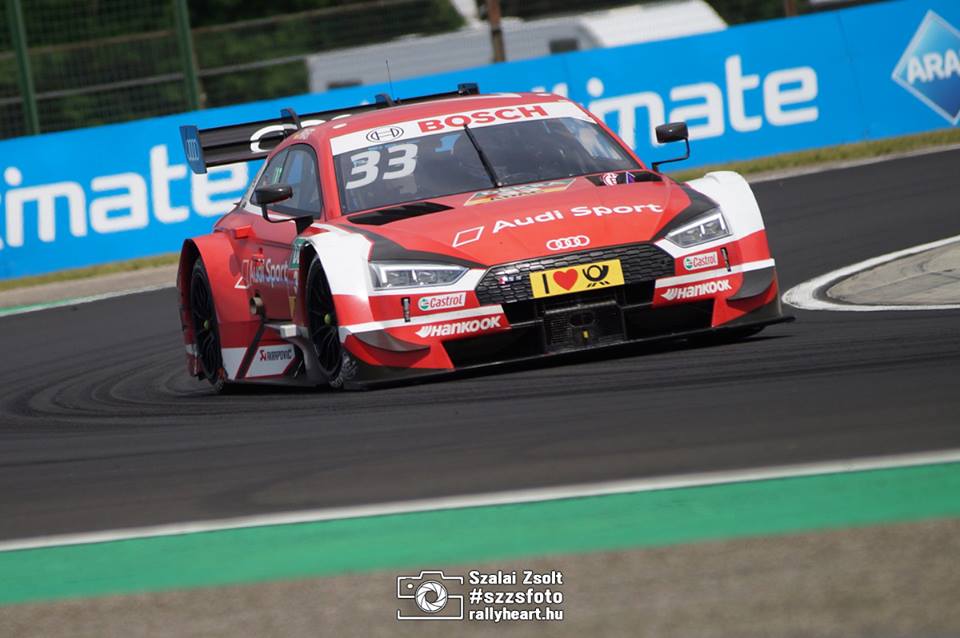 The rules have changed since this season. Which do you think in areas needs Audi to improve?

Good question…if we would know where, there we would be quicker already. I mean we had some better races and we had worst races, I think. We are not very competitive compared to the other manufacturers. It looks like we are missing a little bit of straight-line speed, but this could be anything, so we are still trying to find out, try to find a solution for that, we are working on the setup-side quite a lot, but obviously not very easy and always try to catch up.

What is your opinion about the new Class 1 rules?

It’s very interesting, I mean everybody is speaking about the rules and building a new championship. It can be very important for the future, and I’m very happy with that, actually the plans are looking very promising, that could be great in the next 3-4-5 years. Yes, we hope so.

In August, there will be the first night race in the history of the DTM, in Misano. What do you think about this new thing?

It’s gonna be a very interesting thing, nobody has raced so far DTM in the night. I think that is just until the qualifying, it’s gonna be a new challenge. Obviously some of the drivers are used to race in the dark, from the 24-hour races, but DTM is still different. It can bring some, you know, some interesting races and hopefully we will see some night action on track. 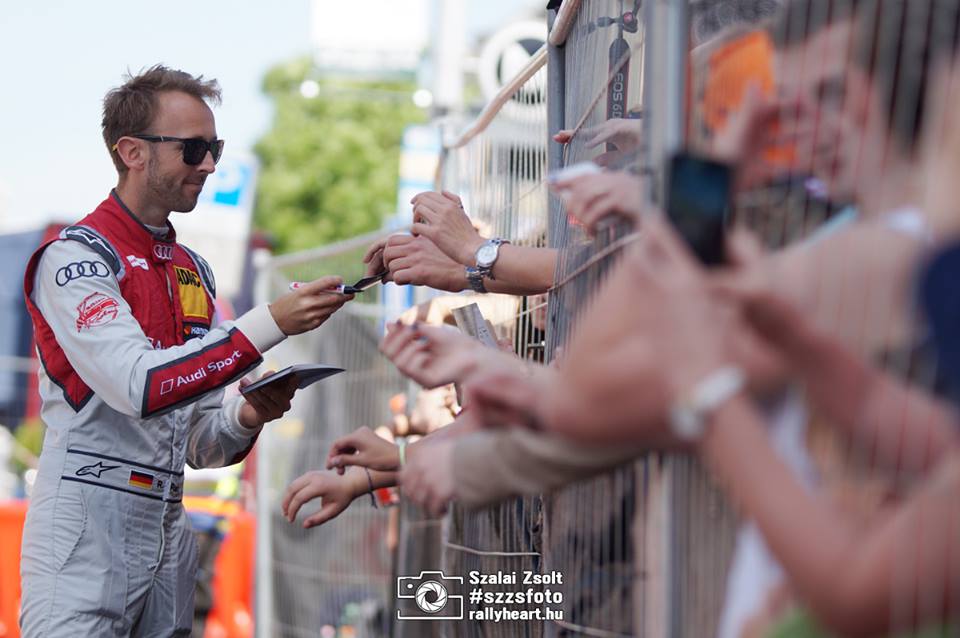 What is the hardest thing, you have to deal with during a race?

It’s I would say, managing the tyres, because obviously the tyres are changing quite a lot during a race. You need to take care of them, you need to just be careful, not to push too hard, and obviously use them too much, so as a driver it’s a biggest influence you can have is on the  tyres. Once you use them at a high performance, you need to calm down a bit more and hopefully they will recover, so the tyres are the only tool we can play with as a driver, during a race.

With who, where and when did you fight your hardest battle?

Oh…good question…I have to think. Good question…I mean I had lots of fights, with lots of good people, but it wasn’t that I always had that fight with the same person. So it was actually every race was a bit different. Now I would say the final race in Hockenheim, it was a good one, with some good battles at the last final races, where I became champion, this is the race I still remember the most.

The Sunday race at the Hungaroring became chaotic, how did you experience it from inside the car?

Obviously, at one point started to rain a little bit, and at one point it was just too much rain, so we decided, more of us, to come into the pit lane on slicks. And the pit lane was very wet, especially the part, where we stop the cars and my engineer told me to slow down a lot, because it was very slippery and there Lucas had that crash. So I just tried to slow down a lot and I saw that Edo crashed and some others crashed as well, so I slowed down and just managed to not to hit a mechanic, because it was very, very slippery. 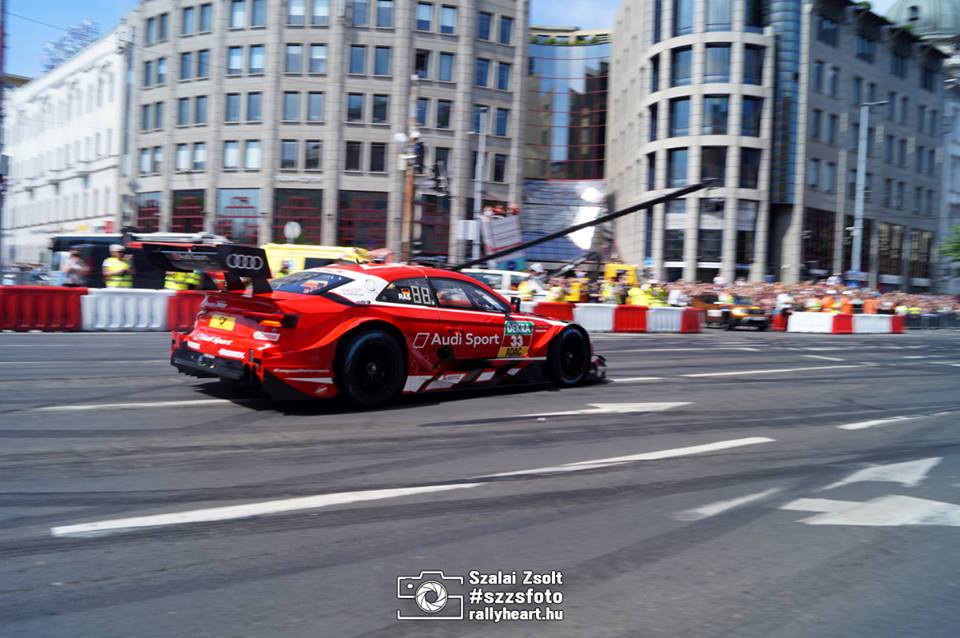 And last, but not least: there is a legendary atmosphere during a race weekend at the Hungaroring. How much did you feel about it at the last time you were by us?

I was there at the pre-event, at the 1st of May in Budapest, which was very nice, there were a lot of fans and a great atmosphere and then obviously at the race weekend, it was very similar, got a very nice fans and people around us. Very good to feel, that the Hungarian fans are motorsport enthusiastic, so it was a great atmosphere. I like always come back to Hungary. That’s very nice to hear! 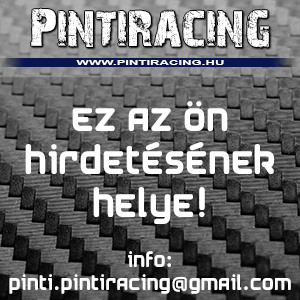